Just a close of season update, 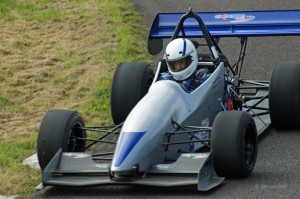 Had a frantic finish to the season, including back to back offs!

A biggie at Fintray in Aberdeen which nearly resulted in a roll, followed by an encounter with a Wall at Forrestburn the following weekend!

The damage wasn’t THAT bad, a splitter and bent upright the first one followed by a rim and a couple of wishbones the second time round… 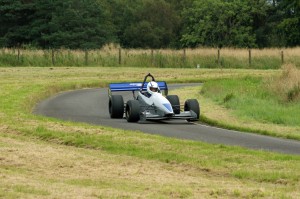 But it put me on the back foot going into the final round of the season at Doune. However I managed to win the championship on the last run of the season,  As usual the engine has been magnificent all year long. The run that won me the championship actually qualified me fastest for the Second Top 12  Run off at Doune….only slower that Scott Moran and Trevor Willis!  I backed off in the Run off as with the championship already won I could only have made it worse by binning it again!

So Season is over, Thank you for your help in getting me ready to roll!  She has been a dream to drive all year such a sweet pick up point, and its been in the wet that its been noticeable.  Without traction control I have been able to short shift with confidence of a nice torquey grunt!